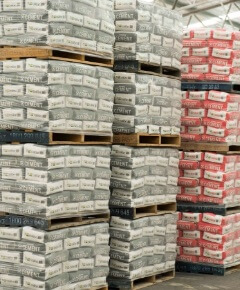 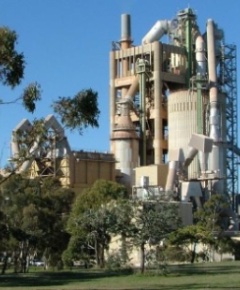 Boral is passing on price increases to its customers

To recover the impact of higher energy costs and other cost increases on our business, we've implemented out-of-cycle national price increases. These, together with further transformation benefits and less expected disruption to construction activity, should deliver stronger earnings in the 2H [June] FY2022.

In The Australian Financial Review (AFR), Mr Todorcevski said the price rises would be staggered across Boral's building products range.

It will be a different increase in different markets.

Mr Todorcevski said it was difficult forcing higher costs on its customers, but the move reflected a broader inflationary environment. He told The Australian:

The feedback is it's never easy to have a price increase conversation with customers but they're noticing it quite strongly in a lot of other building materials. Frankly, the increases we're putting through are not as large as what we've seen in timber or what we understand is happening with steel. They're more moderate and focus on offsetting what we're seeing in energy.

Rising energy costs - the price of coal had jumped - are making it more expensive for Boral to operate plants such as its Berrima cement works in the Southern Highlands region of NSW. Boral's diesel fuel bill had also soared as oil prices jumped.

It estimated a net impact of $6 million from extra energy costs in the December half, with hedging contracts helping to limit the increase to some extent. Mr Todorcevski said:

Inflation is predominantly short and sharp around the energy space.

The hit from higher energy costs and construction site shutdowns in Sydney and Melbourne in the first few months of the December half weighed down on profits by $33 million. Long periods of wet weather on the eastern seaboard also negatively affected the Australian building operations. Boral's first-half earnings before interest and tax slid by 23% to $78 million.

Boral said its revenue fell 12% to $2.38 billion in the six months ended December 31 compared to the year-earlier period. However, its net profit surged sixfold to $1.02 billion, because of a pre-tax one-off gain of $931 million from asset sales in North America.

The company noted supply chain constraints after COVID-19 lockdowns for items such as heavy vehicles, along with labour shortages that affected the first half, are expected to continue to June 30. Mr Todorcevski said:

The supply chain has extended so it's taking a lot longer to get the vehicles in the country, which means we've got to pre-order to a large degree. The other one is just availability of labour. We have particularly noticed that in drivers and quarry managers. So we're not only looking at accelerating some of our recruitment and retention progress, but how we reduce the impact on our fleet.

Mr Todorcevski expects the detached housing market to soften later in calendar 2022 as construction under the federal government's HomeBuilder scheme starts to roll off. But the high-rise apartment market is showing signs of life with approval numbers rising. It also has a pipeline of big infrastructure projects. The company said in a statement:

New major projects remain slow to move into execution, despite the sizeable infrastructure pipeline. We have successfully secured a number of major project opportunities in the half, which will predominantly benefit from 2023, and are tendering on numerous other opportunities.

Boral is 70% owned by billionaire Kerry Stokes and his family through Seven Group Holdings after a takeover bid last year.