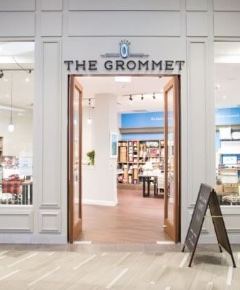 The Grommet, a marketplace owned by Ace Hardware and specialising in small brands and quirky products, is shutting down, according to Retail Dive via a LinkedIn post from Grommet founder Jules Pieri. It also notified customers by email of a liquidation sale.

Ace Hardware acquired a majority stake in the platform in 2017 for an undisclosed amount. At the time, the companies said The Grommet would retain its autonomy and that Ace had no plans to interfere with its strategic direction.

When Ace took over The Grommet, it seemed like a lucrative opportunity for the marketplace and its sellers. The hardware retailer's scale and well-known brand, plus the two companies' merchandising synergies, seemed like upsides. Their deal gave the platform and its sellers a portal to brick and mortar, and Ace a way to appeal to younger consumers.

Yet the tie-up may have been The Grommet's downfall, as "Ace's co-op structure meant having to sell each store owner individually on a Grommet program," according to the LinkedIn post from Ms Pieri, who maintained a stake in the marketplace and remained in charge when it was sold but announced in 2020 that she left at Ace's behest.

Ace Hardware stores with The Grommet displays featured merchandise from small, independent brands, many of them DTC (direct to consumer) - but on a much smaller scale and absent of any coordinated theme.

The closure of the marketplace also demonstrates more general difficulties often faced by e-commerce companies. While legacy retailers like Walmart, Target and even Ace have developed online and omnichannel capabilities, many pure-play e-retailers have struggled to establish physical footprints.

That has led many DTC brands to turn to wholesale as a more efficient channel for growth, and that had been Ms Pieri's strategy when Ace came calling, according to her LinkedIn post. "As CEO I decided to commit hard and invested for wholesale success at Ace and beyond," she said, adding that the co-op setup made that time-consuming and expensive.

Growth slowed and losses mounted. On top of that, customer acquisition via Google and Facebook (without concurrent investments in brand awareness) got impossibly pricey.

Estimated retail price inflation of 9.5% helped drive a 10.0% increase in average ticket. Same-store transactions were down 7.8%.

The approximately 3,500 Ace retailers who share daily retail sales data reported a 1.4% increase in US retail same-store-sales during the first quarter of 2022.