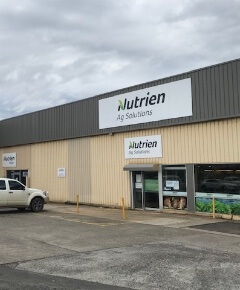 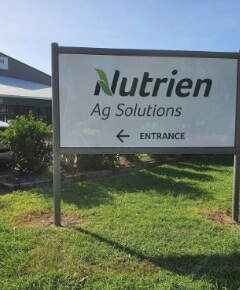 Supply chain and production constraints has seen a major Australian rural retailer more than double the size of its stockpile as the industry heads into the winter cropping season.

Nutrien Ag Solutions managing director Rob Clayton told The Weekly Times the rush for inputs, including key fertilisers, has pushed prices to decade highs and forced a rethink in the way the business sourced product. He said:

We've had to stage product much earlier than we have in the past. Right now [we] have about a billion dollars' worth of stock sitting [in warehouses], where we would normally have about half of that.

The CRT group of stores became part of Nutrien Ag Solutions through its acquisition of Ruralco (Landmark) in 2019.

Mr Clayton said there was a need for Australian agriculture to get in front of supply chain issues, with calls from some sectors in the industry for more domestic production of inputs to counter rising costs and a huge blowout in transit times.

It is a lot longer supply chain channel now than it was before. For instance, product out of China from the first phone call to when that product arrives was usually around 30 to 40 days but now it is 120 to 150 days.

Thomas Elder Markets' analyst Andrew Whitelaw said an increasing number of nations around the world were looking to shore up supplies of key inputs through domestic production. He told The Weekly Times a combination of factors was leading to the reduced global supply, including the crisis in Ukraine, which had resulted in sanctions imposed on Russia.

He said while Australia was not a huge importer of fertiliser from Russia, other nations were, which meant they had been forced to look to other markets to secure supply.

Mr Whitelaw said fertiliser production facilities being planned for South Australia and Western Australia could end up "producing more fertiliser than we need in Australia by a country mile".

I think the one thing to remember, though, is that any of these plants, if they get built, which is probably still a big if, it's not going to be until 2026, so it is not going to fix any of our immediate problems.

Nutrien Ag Solutions in Australia is "punching above its weight" as a somewhat "unique and important stakeholder" in the company's network, according to global interim president, Ken Seitz on a recent visit. In Farm Online, Mr Seitz said:

I'd say it's surpassing expectations at the moment ... We've invested heavily in this part of the world, more than $2 billion, so it's very pleasing to see how Australia has performed, particularly during the past two years of good commodity prices and moisture conditions and big yields.

Despite the restructure and merger challenges and costs, Nutrien's Australian earnings have increased 108% since the acquisition. Its business footprint in rural Australia is now about 42% bigger than under the Landmark banner, with a portfolio spanning livestock and property marketing, water broking, water equipment sales and infrastructure planning, insurance, financial services, soil testing, yield mapping and wool marketing.

As post-drought seasonal conditions blossomed in 2020 and 2021 and demand for Nutrien's services increased, the company added an extra 800 staff to its ranks last year, with almost half of those roles filled by women. Its total payroll today exceeds 4000 staff in 700 locations Australia-wide. Mr Seitz said:

We're quite excited about how the merger has turned out. It's going very well. We know there are ups and downs in agriculture, particularly in Australia, but nature is a long term business and we take a long term view of what's needed in this industry.

He said while the Australian business offered a more diverse service than its crop inputs focused divisions in North and South America, the local subsidiary had helped it weather the tough seasons, providing "a lot of learnings to share" to operations in the US, Canada, Brazil, Argentina, Chile and Uruguay.

Nutrien had many reasons to be optimistic about this marketplace and was "betting big on Australian agriculture". Mr Seitz said:

Australian agriculture has the same aspirations for growth and shares the same values as our business globally. We are very proud of the role we play in the Australian economy and are committed to helping this industry grow and prosper.

Globally Nutrien's wholesale fertiliser and crop protection business and retail activities, including its Australian portfolio, generated about $3.4 billion in net earnings, from cash flow of $4.1 billion during 2021.

Ruralco, including its CRT stores, has been sold to a Canadian agribusiness, HI News 5.01, page 22
retailers