It is located in Castletown, a north-eastern suburb of Esperance in south-eastern Western Australia 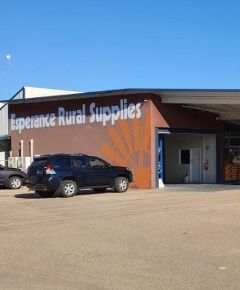 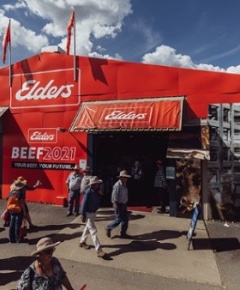 It is located in Castletown, a north-eastern suburb of Esperance in south-eastern Western Australia

Owners of Esperance Rural Supplies, Greg and Leonie Hard, have agreed to a deal to sell their business to Elders.

Since buying into the then CRT-owned business in mid-2000, the couple have grown it from a small enterprise worth about $5 million, to a significant business with an extensive customer base, 15 employees and its own transport trucks, according to Farm Weekly.

Mr Hard, who will be 71 in April, will continue working as manager for the next 12 months as he transitions to retirement at the couple's 40 hectare farm outside of Esperance. He said he was happy that, under the deal, Esperance Rural Supplies would continue to have a strong presence in the region. He told Farm Weekly:

I had several companies that were keen to buy it in the past year. Elders gave me the best price and I was comfortable selling it to them, because they wanted to buy my business and keep it the same as it is.

They are keeping the same place, the same shirts... everything pretty much the same as it is. The only difference customers will possibly notice is when they get a statement, it will look different.

Mr Hard also said the deal would provide the business with access to Elders' national buying network, which should offer benefits to farmers from its stronger purchasing power.

We will buy our stock through Elders now. I am excited as Elders, being a national company, I now realise [we] can buy its supplies cheaper than I do as an independent and those types of benefits can be passed onto the growers.

It will make the business more profitable, and pass on some of those extra benefits, which will put all the farming people who deal with us in a better situation.

Elders State general manager Nick Fazekas said Elders had identified the Esperance region as one of the largest crop protection and input areas in WA. It saw the purchase of the well regarded Esperance Rural Supplies as an opportunity to expand in the region.

Our decision to purchase Esperance Rural Supplies will provide us with greater market access to a wider customer base.

Elders will initiate a light touch business model whereby all staff, including branch manager Greg Hard, will be retained and will continue to run the business as normal in the existing location and under the existing brand...

The existing product range will remain and, over time, Elders' plans to introduce an additional product range portfolio such as finance, insurance, real estate and grain offerings.

Mr Fazekas said the Elders Esperance branch would not be affected by the transaction.

The Hards moved from Geraldton in mid-2000 to take up an opportunity to buy a 50% share in Esperance Rural Supplies and manage the business for CRT, an arrangement which continued for six or seven years until they bought the business outright.

At the time, Mr Hard had not long retired from his first own business, Abrolhos Reef Lodge. He said:

We managed that licence for seven years, then we sold that ... I was not quite 50 and within three months I was absolutely bored stiff.

When they arrived in Esperance, Esperance Rural Supplies was one of four rural suppliers in the town. Mr Hard said the business had a strong boost about six months later, when a competitor - IAMA - was bought out by Wesfarmers Landmark.

I got a fairly significant drift over a number of years, customers who used to be IAMA clients came to us. That helped to grow the business a lot.

When CRT (now Ruralco) decided to sell the store, the Hards were able to buy its share.

He said they had been the first rural suppliers in Esperance to start a service to deliver chemicals on farms to farmers, about 15 years ago, and were running their own triple road train, which twice a week transported all the business' supplies from Perth.

Mr Hard said it was fitting to re-establish the family's connection with Elders, as he had worked for the company for a large part of his career.

Having grown up with three brothers on the family farm in Denmark (WA), where they grew beef and potatoes, he worked for Great Southern Ag Supplies for about 18 months and then spent about 13 years with Elders, starting as a storeman and becoming a merchandise manager and area manager. He said:

Elders taught me everything I ever knew in the game, certainly in the early days and I suppose that's where I got my incentive to do what I have done.

Mr Hard said the pandemic, delays in global supply chains and the record-breaking grain-growing season, meant the business had just experienced a year like no other. Huge delays in shipping chemicals from China have become a significant challenge.

We have had probably the biggest season we have ever had this past 12 months.

We have seen very good loyalty from our customers and they gave us their orders early, so they knew that they have the chemical and can grow their crops. We are now ordering nine to 12 months ahead of where we used to order, so in June we start ordering for the following season.

Unfortunately we are so reliant still on China for the bulk of our chemicals so we order early and forward sell it.