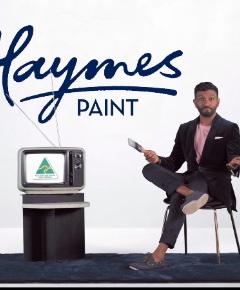 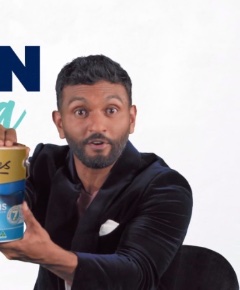 Melbourne-based advertising agency Balance has enrolled comedian Nazeem Hussain to be the face of Haymes Paint's "Paint On Australia" campaign. It makes use of Nazeem's trademark personality to encourage Aussies to celebrate and embrace what it means to be uniquely Australian. Haymes Paint director Matt Haymes said:

We're over the moon. Here at Haymes Paint we've got our own way of doing things - and we don't do inauthentic. Nazeem totally fits our culture, as well as the mindset of our customers, so we're very excited.

Agency strategist and copywriter Rankin McKay said the campaign is all about "channeling the modern and dynamic version of Australian identity. That reflects reality yet rests on the strengths of over 85 years of Haymes Paint history. This is your version of Australia and Haymes Paint is one of the enablers of that. That's what 'Paint on Australia' really means".

The process started with a critical brief, working closely with Balance on a fundamental review of our brand and strategy. We were looking for the strategic 'glue' that would keep our values and personality playing clearly and consistently across our multitude of customer segments and product categories. This campaign is the result of that journey.

Haymes has seen its market share grow strongly in a market dominated by internationally owned competitors. We wanted to break away from the paint ad cliches and put our message across in true Haymes Paint style.

Serious about paint, but not taking ourselves too seriously - and yet there's a real story there too. After all, how many people know that Haymes Paint has been awarded Canstar Blue's award for Most Satisfied Customers in the paint category the last four years in a row, or are the only major paint brand that's actually Aussie made and owned?

You can view a video of the campaign here: