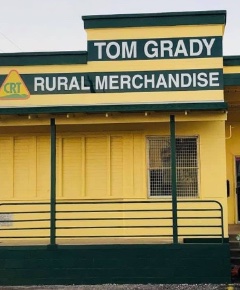 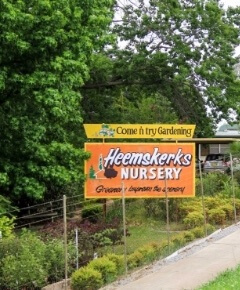 A new application lodged with Gympie Regional Council has revealed plans to construct a new building with an office and drive through at Tom Grady Rural Merchandise Store. Additional parking spaces in a covered area will be included as part of the expansion, reports The Gympie Times.

If approved it will the latest addition to the rural services offered at the 1.5ha property, which has been a butter factory from 1925 to 1978 until that part of the factory was shut down. Rural goods were already being sold from the building before this closure.

Tozer Street Properties purchased the land in 2016 for $1.4 million according to CoreLogic RP records. It is serving as a second location for Tom Grady Rural Merchandise in Gympie, which has another base at nearby Nash Street and a real estate shop front in Mary Street.

The development application notes that the site has been linked to the region's rural industry for 110 years, and once included its own railway siding.

Related: In 2020, the property was upgraded with 55,000 tonnes of soil used to fill in an unused gully to expand storage space and customer access.

The owner of one of Tamworth's longest-lasting businesses, Heemskerks Nursery, is selling out and retiring after 55 years in the job. Peter Heemskerk founded the garden nursery in 1967, with his dad Jacob Heemskerk, according to the Northern Daily Leader. He told the newspaper:

We built everything up from nothing. There was just a vacant block of land, so we did the excavating, we built walls, we built the steps, we did everything.

Mr Heemskerk is described as an avid gardener who is well beyond retirement age. The nursery is a seven-day business that demands daily attention. Even on public holidays, when there are no customers, the plants still need to be watered by hand. Without family who want to carry the business on, it's time to sell up, he said.

Heemskerks is one of just two privately-owned nurseries left in Tamworth, the other being Tamworth Nursery. Bunnings has taken more than a bit of the business, but there's always an edge for the family touch, he said.

We built a lot of loyal customers over a period of time. There's only two nurseries left in Tamworth because we've got the big green box, Bunnings and they do take quite a slice off your business. But there's no advice.

There's still room for independent nurseries. But we've got to always work hard at it. You have dedicated staff, and you give people the right advice for the situation they're in.

The nursery sector experienced a boom through the COVID-19 pandemic. Unable to leave their homes, many people turned to their gardens. Mr Heemskerk joked:

We have had an 18 months of fantastic trade. I look at the figures and I say, 'Do I really want to retire? [But] it is probably time to put it on the market.

The business is being sold as a going concern, not as a development site, and Mr Heemskerk anticipates that whoever takes over the business will keep the name, at least for a while.

He hopes his replacement can take the business even further, suggesting that a cafe would be a good option. Until the business sells, it will continue being restocked and operating as usual. It celebrated 50 years in business in 2017.