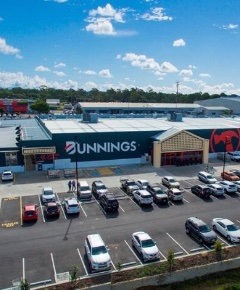 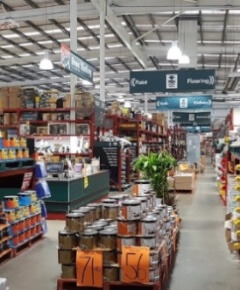 Lithium Australia announced that its 90% owned subsidiary, Envirostream has signed a collection and supply contract regarding used batteries with Bunnings.

Envirostream will now work with Bunnings to collect spent batteries from all its stores, after trialling its spent-battery collection services in several Victoria-based Bunnings stores.

The companies have executed a Supply of Services Agreement - Battery Stewardship Scheme for the collection of spent batteries from its stores in Australia and selected stores in New Zealand. It is expected to continue until June 30 2024, with Bunnings given the option to extend the agreement for a further 12 months.

The services include, but are not limited to:

The company is pleased to announce that Envirostream will commence a service contract with Bunnings, which is leading the way in the provision of convenient collection points for spent batteries ahead of the BSS.

The creation of such a collection infrastructure is vital to improving Australia's battery recycling rate and preventing spent batteries from being consigned to landfill.

It has been made possible via the Australian Federal Department of Agriculture, Water and the Environment which issued Envirostream with a Basel Import Permit that allows for the import of 100 tonnes of mixed-waste batteries into Australia from New Zealand.

This permit, which allows Envirostream to service Bunnings' New Zealand stores, is valid until October 14, 2022. Once imported into Australia, the waste will be recycled at Envirostream's EPA-licensed Campbellfield (VIC) facility and its Laverton North (VIC) facility, which is in development.

Envirostream has been issued an important planning permit for its battery recycling facility in Campbellfield. The permit issued by Hume City Council, allows a change in land use to that of a materials recycling facility. Mr Griffin said:

Envirostream - now the first mixed-battery recycler in Victoria to be fully permitted - seeks to reduce the volume of waste batteries relegated to landfill as it gears up to meet the introduction of the Battery Stewardship Scheme early next year.

The BSS is an industry-led initiative to provide free battery recycling to Australian consumers and counts Duracell, Energizer, Coles and Woolworths as industry partners working together to fund recycling and provide collection services for end-of-life batteries.

BirdLife Australia is asking Bunnings to stop selling some rat and mice poison products, claiming that they are killing off native birds and wildlife, according to 7NEWS.com.au.

Rodenticide sales at Bunnings soared in the first six months of 2021 after eastern Australia experienced an extreme mouse plague, resulting in empty shelves in many stores.

But now the BirdLife Australia says local birds of prey are dying after eating rodents that have been poisoned by some of these products.

It has launched a petition calling on Bunnings to stop the sale of second generation anticoagulant rodenticides (SGAR), which have been restricted for sale in many parts of the world including the US, Canada and parts of Europe. The BirdLife Australia petition states:

Owls, eagles, and other birds of prey are unnecessarily dying by ingesting rats and mice that have been poisoned.

Rodenticides are poisons designed to kill pest mice and rats but they have other impacts too. Second generation anticoagulant rodenticides (SGAR) poisons are the worst.

It is these products that we are asking Bunnings to remove from their shelves.

SGARs work by causing internal bleeding, but when rats and mice eat baits poisoned with SGARs, they become poisonous themselves, harming and even killing other animals and birds that eat them...

While the petition notes that mice and rat poisons are available at various retailers across Australia - including Coles and Woolworths - it has targeted Bunnings with its petition due to the amount of rodenticide products it sells.

Bunnings has about half of Australia's DIY hardware market share and sells a larger variety of second-generation rodenticide products than any other major outlet.

Bunnings can remove a huge source of poison by choosing to take these products off their shelves and instead providing consumers with alternatives that are just as effective.

A Bunnings spokesperson has told 7NEWS.com.au that it offers many rodent control products that are natural and safe for wildlife. The hardware retailer also said that it was working with suppliers to help shoppers make informed purchases within the range. Bunnings general manager - merchandise, Adrian Pearce said:

We always respect community feedback and we recently met with BirdLife Australia to understand their views and to explain the steps we are taking to educate customers about rodent control products.

Like many retailers, we offer a range of rodent control products, including anticoagulant rodenticides as well as a number of non-poisonous alternatives, such as rodent repellers, live catch traps, regular rat traps and natural bait pellets such as the Natural range from Ratsak. This provides choice for the customer and a natural solution to any rodent problem.

We understand there are risks associated with the use of second generation anticoagulant rodenticides (SGARs) for birds and some wildlife, and we proactively promote the safe use of these products and support customers in making informed purchasing decisions.

Over recent months we have been working with our suppliers to include additional information on packaging, as well as making updates to our website to help customers identify which products are first generation or second generation rodenticides.

In addition, we are creating further training for our team members to help improve their knowledge about this topic. We are also in the process of implementing the separation of first generation and second-generation rat poison varieties, along with naturally-derived rodenticides on our shelves to further assist with easier customer product selection.

We will continue to closely follow the advice of the Australian Pesticides and Veterinary Medicines Authority (APVMA), and work with our suppliers to innovate in this area.