Bunnings in NZ found not guilty of misleading customers, according to a ruling by the Auckland District Court 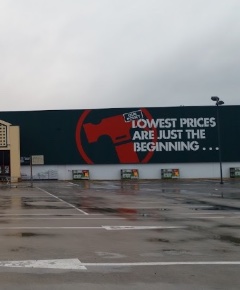 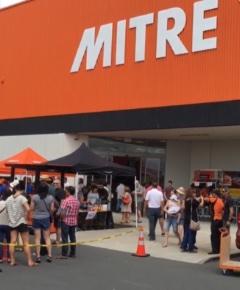 Bunnings store to be built next to Jimboomba Mitre 10

Bunnings in NZ found not guilty of misleading customers, according to a ruling by the Auckland District Court

Jimboomba is set to be home to Logan's fifth Bunnings store, with a development application recently being approved by Logan City Council in Queensland, reports The Courier-Mail.

The Bunnings outlet will be situated next door to the locally owned Mitre 10 by brothers, Kerry and David Woodman. They also own the Mitre 10 store based at nearby Beenleigh. Jimboomba Mitre 10 has been open since 2018.

The development application indicates the new 15,776sqm Bunnings store will be moving into 22-26 Anders Street in Jimboomba (QLD). There will 379 carparking spaces, a dedicated service vehicle laneway, and the building will not exceed 15 metres in height.

There are plans for the store to operate from 6am to 9pm, seven days a week. Included on the site will be a main warehouse area, main entry, bagged goods canopy, outdoor nursery, timber trade sales area and a cafe.

As part of the development, the intersection between Spring Street and Anders Street will have a variety of changes, including the addition of traffic islands.

The Auckland District Court has ruled that Bunnings' "lowest prices" advertising is not misleading for customers in New Zealand, based on a report in the Waikato Times.

New Zealand's Commerce Commission had brought 45 charges alleging that Bunnings had breached the Fair Trading Act by making false or misleading representations as to the price of its goods, and that it engaged in conduct liable to mislead the public.

It said its "lowest prices" claims in advertising gave the impression that all of Bunnings' products would be cheaper than its competitors'. But the Commerce Commission said price comparisons showed that was not always the case. Bunnings had denied that its claims were false or misleading.

Since 2002, the hardware retailer had offered to beat a competitor's lower price on the same stocked item by 15%. In 2011, the commission wrote to both Bunnings and Mitre 10 (separate to Independent Hardware Group's Mitre 10 group), warning that claims of having the lowest price could breach the Fair Trading Act.

Mitre 10 stopped its advertising with a lowest price tagline but Bunnings did not. In 2014, Mitre 10 complained to the commission.

The commission carried out two informal price checking surveys in 2015 and then commissioned a survey to conduct a comparison. The results were provided the following year and the commission then wrote to Bunnings. It said there was a risk of its representation being false or misleading because Bunnings' prices were not always lowest. It also pointed to Bunnings' own data that showed it did not have the lowest prices on 18.6 per cent of products surveyed.

The commission also said the "lowest price guarantee", in which Bunnings would beat a lower price from a competitor by 15%, was misleading because a customer would assume it would be rare for Bunnings to be beaten by price.

It asked Bunnings to stop advertising with the "lowest price" claims but the company did not. It said its own reviews showed it had the lowest prices on 90% of products and the steps it would take to adjust prices when a competitor offered something cheaper allowed it to be confident its advertising was not false or misleading.

It reviewed its prices twice a year and checked pack sizes to ensure that matches with competitors were "like for like".

The judge said in his decision that there was no evidence that there were complaints from members of the public or other competitors.

The judge said the lowest price guarantee made it clear to consumers that it was possible there could be lower prices elsewhere.

It is a clear signal to consumers that not everything at Bunnings stores will be at the lowest price. It provides a consumer with a remedy in the event the consumer finds that to be and wishes to take advantage of the [guarantee].

The judge also said the customers targeted by Bunnings' advertisements would be aware of the type of stores that Bunnings operated and would know that it was not possible for the stores to know on a daily basis exactly what competitors were charging.

He said there was no evidence that any item identified in Bunnings' advertisements was not available at the cheapest price possible.

Expert evidence was that none of the price comparison surveys would be considered reliable statistical evidence. The judge said:

Overall, I am not willing to draw a conclusion that the evidence from the surveys is sufficiently robust and statistically reliable for me to extrapolate a conclusion that Bunnings prices were not the lowest, so as to conclude that the advertising was liable to mislead.

The flaws in the various surveys are such that I am not prepared to accept that the Commerce Commission has met the evidential burden of proving the advertising, for the purpose of the charges, was liable to mislead the public.

He said the "lowest price" advertising were taglines, and often accompanied by displays of specific products for sale at prices specified.

These are not deceptive ... the remedial nature of the [guarantee] means a consumer would accept there may be other retailers selling products sold by Bunnings for a lower price.

All charges were dismissed.

The Commerce Commission works in a similar way to the Australian Competition and Consumer Commission. It is a New Zealand government agency with responsibility for enforcing legislation that relates to competition in the country's markets, fair trading and consumer credit contracts.

Related: Background information on Bunnings' pricing dispute in New Zealand can be read on page 28 here: