Stanley Black & Decker reported operating profit of USD711.4 million, or 16.9% of net sales for the first quarter, up from 8.8% in the prior year period 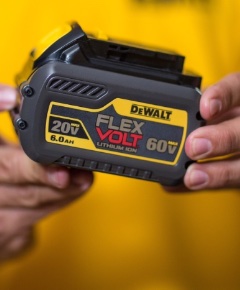 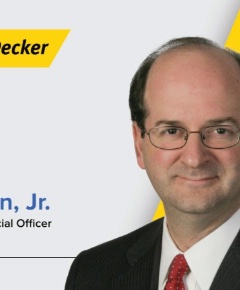 Emphasis on working with battery and chip makers

Stanley Black & Decker reported operating profit of USD711.4 million, or 16.9% of net sales for the first quarter, up from 8.8% in the prior year period

Stanley Black & Decker (SBD) is seeking electric battery and computer chip makers that would agree to supply components in return for an investment.

SBD already has small-scale partnerships with companies that build specific tooling and production lines for the company. It has a tentative partnership with a South Korean battery maker for a production line that would start manufacturing batteries in Malaysia next year, Mr Allan said.

The company is also talking to other businesses in Asia and the US about potential partnerships. Negotiating with suppliers has become "a more important part of my job" since the coronavirus pandemic disrupted international supply chains, Mr. Allan said. He has served as CFO of SBD since 2008 and was given the additional role of president earlier this year.

SBD, which has budgeted for roughly USD500 million in capital expenditures this year, plans to dedicate about 10% to 15% of that to supply-chain partnerships and other related initiatives. Before the pandemic, such spending would have made up less than 5% of the budget for capital expenditures, Mr. Allan explains.

We will co-invest. If it costs USD100 million to set up a line, we will put in USD50 million.

SBD, which needs batteries for its cordless power tools and uses computer chips across its portfolio, manufactures a significant portion of its products in the US and Europe. The company's preference would be to set up new production lines in those regions, Mr. Allan said, pointing to the challenges associated with sourcing from Asia, which results in longer wait times until components arrive at the factory. The company expects its demand for components such as batteries and chips will remain elevated for years to come.

Many of SBD's competitors, such as Japan-headquartered Makita and Hong Kong-based Techtronic Industries, manufacture a larger chunk of their products in Asia, potentially providing them with easier access to batteries and chips, according to Nigel Coe, a managing director at research company Wolfe Research. SBD has a longer and more complex supply chain than some of its rivals, Mr. Coe said.

The company, which sources from over 10,000 suppliers globally but spends 80% of its budget on fewer than 1,000 of them, has sought to deepen its relationship with core manufacturers since September 2020, Mr. Allan said.

SBD identified around 30 suppliers it considers critical and extended and prolonged contracts with many of them. It is now looking for contract lengths of about five years, up from one or two years prior to last year, he said.

Before the pandemic, many US companies, including SBD, would have put in a bid and "chosen the lowest price" whereas now, there has to be a broader relationship [with suppliers], Mr. Allan said.

Components make up the largest proportion of goods sold at SBD, which is why any increase in prices for batteries and chips can have a sizable impact on its finances, said Timothy Wojs, a senior research analyst at investment bank Robert W. Baird & Co. Higher costs for raw materials such as steel and resin, which is used to make plastic, also add to the bill, he said.

In late April, SBD said it expects cost increases of about USD235 million this year due to inflation, up USD160 million from its forecast at the beginning of the year, according to an earnings transcript. SBD aims to pass two-thirds of the increase on to customers and offset the rest by increasing efficiency and cost savings - what it calls its margin resiliency program - Mr. Allan said.

SBD began raising prices for some of its products this quarter and has more increases coming. It aims to execute "hundreds of millions of dollars of price increases this year," according to Mr. Allan.

The company expects to free up between USD100 million and USD150 million a year with its margin resiliency program, said Justin Bergner, a senior research analyst at G.research, a research and brokerage firm.

The company over time will likely need more batteries, as it looks to acquire the remaining 80% of MTD Products that it doesn't own yet. MTD makes mowers and other outdoor equipment and expects to move toward using more electric motors in the coming years. Mr. Allan said about the planned acquisition:

We see this as a big opportunity.