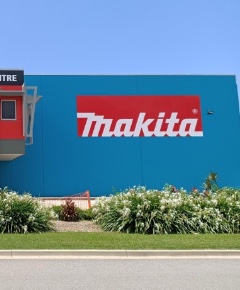 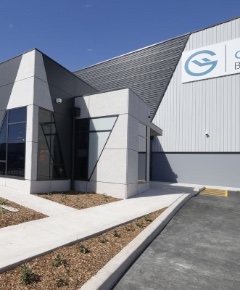 Makita has opened a second Queensland factory service centre; bathroom and kitchenware supplier GWA Group has its profit impacted as costs continue in the face of lower business; and a number of investments have been made in sawmills and timber production in different states.

Makita's new warehouse and showroom in Mount Louisa, a suburb in Townsville (QLD), is responsible for the service and repair of the company's products in the region and is a training facility for staff, resellers and users. It also provides a base for its North Queensland sales and business development teams.

With our existing Queensland site in Brisbane, the distance and time taken to facilitate service and repairs to our customers in northern Queensland was unacceptable. It is expected the new Townsville site will service the North Queensland, Far North Queensland and Central Queensland areas.

Makita Australia has always had a strong presence in North Queensland with our sales team but we felt the time was right to open a factory service centre to support our growing sales in the region.

In addition to two centres in Queensland, Makita Australia has factory service centres in NSW, Victoria, Western Australia and Tasmania.

Half-year net profit at GWA declined 17% from its pre-pandemic heights to $20 million. This was a far deeper fall than overall revenue at the group which only declined 4% to $197.2 million.

Revenue growth continued in the UK and New Zealand but was offset by a weaker Australian market.

Despite the resilience of the home improvement and renovations retail sector, the decline in multi-residential and commercial projects had a negative impact. Multi-residential business declined by 20% across the group, while commercial new build also fell 17%.

However, managing director Tim Salt said HomeBuilder and other government housing incentives projects would buoy GWA's business in the market throughout the remainder of the calendar year.

Despite the recent trade tensions between Australia and China, GWA recently launched new Methven showerware ranges in that country as part of its growth strategy.

GWA acquired Methven in April 2019, with Mr Salt reporting it was "performing to expectations". It is pushing cost synergies from the acquisition with the aim to save $6 million in the financial year.

The fund provides D&R Henderson with $3.294 million for a new heat plant that will use waste products as a fuel source to power kilns, saving energy costs and reducing the amount of waste to landfill.

Alpine MDF Industries will use $4.379 million for remanufacturing, using new plant and equipment to innovate and increase capability for the production of primed mouldings and painted flat panels.

Recipients are required to match 50% of the project costs, according to the article in Australasian Timber.

Member for Calare Andrew Gee said the grant for AAM will be put towards a new production line at the sawmill, allow new technology to be introduced, and see logs processed much faster and more efficiently.

Following a devastating firestorm in October 2019, O'Connor Sawmilling Rappville has lodged a development application for the construction of a large shed for air drying timber, with an enclosed section for moulding machines, and a prefabricated solar drying kiln.

Moulding uses machines to cut a profile into sawn timber. This 'moulded' timber is used for tongue and groove flooring, architraves, skirting boards and other applications in the building industry.

It is expected to have the moulding capabilities operational by late this year or early next year.

Timberlink announced it is building a $59 million Cross Laminated Timber (CLT) and Glue Laminated Timber (GLT) manufacturing facility at Tarpeena. It will begin construction of the plant alongside its recently upgraded softwood sawmill next year with completion due in 2023.

The company said the state-of-the-art facility will be Australia's second major softwood CLT plant and the first combined CLT and GLT manufacturing facility.

The location of the project is supported by the commitment of the South Australian State Government's $2 million grant from the Regional Growth Fund.

Neville Smith Forest Products recently announced its Huonville Southwood mill would significantly expand production by July. The company is set to establish a full second shift at the mill to enable the doubling of production to 80,000 cubic metres annually.

It comes after the mill was damaged during the Huon Valley bushfires in 2019, from which the company took about six months to recover.

Resources Minister Guy Barnett said the expansion was "a show of confidence in the state's renewable forest industry".