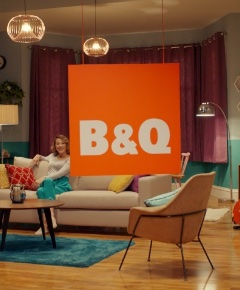 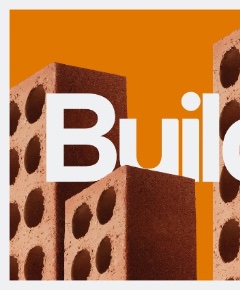 The UK falls back in love with DIY

Home improvement has become the national pastime in the UK during the coronavirus pandemic as people spent more time at home - and rediscovered a passion for DIY renovations after a decade of decline.

The closure of pubs, restaurants and sporting venues, financial pressures and the need to adapt houses and flats to cope with changed circumstances and working from home, prompted a boom in DIY and gardening during 2020, particularly among 18-34-year-olds who previously shunned such activities.

B&Q's parent company, Kingfisher, which also owns Screwfix, is hoping to cash in on the trend, which has reversed years of gradual shifts towards relying on professional builders and tradesmen. It is investing in digital marketing, home delivery and new products that can capture the imagination of the Instagram generation. Kingfisher chief executive, Thierry Garnier, told The Guardian:

There is a proportion of customers who have said that for the first time in my life: 'I am doing DIY, I learned new things from the internet or my parents and I enjoyed doing it.

He hopes research suggesting that many of those who try out one job will go on to do more is correct and the trend is here to stay, even when under-35s have more sociable alternatives available. Mr Garnier said:

While there are fears that sales will be hit in 2021 when job losses are expected to mount, Mr Garnier said that will not necessarily translate into falling sales.

The majority of people can't afford to [hire in a builder]; they have got to do it themselves.

Mr Garnier said he has plenty of data to prove how consumers fell back in love with DIY in 2020. It began during the spring season - with painting fences and sprucing up patios, walls or cars. Sales of pressure washers soared by 80% at B&Q.

The second wave of Covid-19 prompted consumers in the UK to buy early Christmas decorations - so early that lights, trees and baubles sold out at B&Q two weeks earlier than normal.

It has been the same story in other countries. Demand for fencing, decking and sheds in Europe and the US has put such a strain on timber supply chains that sawmills and manufacturers are working flat out to cope.

Paint suppliers to B&Q are concentrating on the most popular shades, reducing the product range so they can keep up with the demand for high volumes.

Mr Garnier, who joined Kingfisher just over a year ago from the French supermarket Carrefour, where he ran the Asian arm, wants to revamp the business, which owns 1,370 stores across eight countries, to pull in newly houseproud millennials and generation Zs.

Environmental and social concerns, which younger shoppers expect to be taken into account, are being given new impetus with a partnership with Shelter (a housing and homelessness charity in the UK) to improve poor housing, and there is also a pledge to create more forests than it uses by 2025, partly via a new scheme with the Rainforest Alliance.

But the big focus is on digital. The Frenchman is heavily influenced by his time in China, where Mr Garnier said rapid adaptation is the norm and all kinds of goods - "from a glass to a fresh lobster" - can be delivered to homes in 30 minutes in most cities. He said:

I believe the younger generation is looking for speed. You see that in TikTok and every trend. I would like to be like China. It is not for everyone, but I think the need for speed is not going to disappear.

He said stores will remain central to delivering these services as only operators such as Amazon have the scale to make swift deliveries from centralised distribution centres.

It is a better option than a fulfilment centre. When you have stores, you have the assortment and the team. If you organise yourself well, you can achieve that [speed].

During the pandemic, when the demand for home shopping rocketed, B&Q began using its stores to help pick and pack home deliveries - a move that had already been planned but was accelerated. The group now handles 1.5million orders a week - 90% of which are picked up from stores.

Online accounts for 17% of group sales, up from 8% before the pandemic, and Mr Garnier wants to expand further. Further digital plans under consideration include an Amazon-style marketplace, where other brands could sell goods.

It is also opening smaller stores in convenient locations where goods ordered online can be picked up, including outlets in Asda supermarkets and a click-and-collect Screwfix store near Victoria station in London.

The B&Q in St Albans, which at 5,100sq ft is half the size of the group's largest stores, is home to a design centre where shoppers can get advice on matching paints and wallpaper. B&Q is also testing out tool hire, in partnership with rental specialist Speedy, in 10 stores.

If it is not Covid it will be something else - a new competitor or government decisions or social media's way of getting information.

In a recent trading update, Kingfisher said sales soared in the 10 weeks to 9 January, jumping almost 17%. Online sales rose more than 150% compared with the same period a year ago.

The company benefited from being given "essential" retail status in the UK, which allowed its 1,380 stores to remain open during the second lockdown in the UK and subsequent tiering in the run-up to Christmas. Mr Garnier said:

While the strength of our Q4 trading, to date, is reassuring, uncertainty over COVID-19 and the impact of lockdown restrictions in most of our markets continue to limit our visibility. Longer term, we are confident that the strategic and operational actions we are taking are building a strong foundation for sustainable long-term growth.

Kingfisher has already announced that it will give back some GBP130million in business rates relief received from the British government.

Related: Kingfisher chief executive Thierry Garnier gave an interview to The Times about his online strategy.