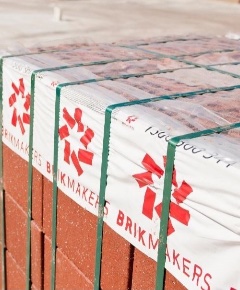 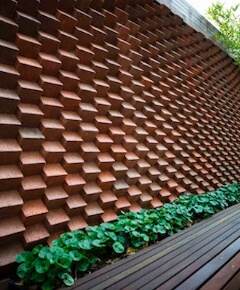 It comes after Boral sold the business

The West Australian-based Buckeridge Group of Companies (BGC) has purchased Midland Brick, around 13 months after it was sold by Boral to a property consortium. The deal includes the 75-year-old Midland Brick brand and its manufacturing operations, putting it together with BGC's Brikmakers brand. The company will trade under the existing name.

The group is betting on a recovery in the local home construction market through its acquisition of Midland Brick. BGC is also buying the business at a time when COVID-19 stimulus is driving demand in WA.

BGC chief executive Danny Cooper said the group believes the combination of Midland Brick and Brikmakers would generate operational savings as they rode an expected recovery in demand, helped by state and federal government incentives for homebuyers. He told The West Australian:

There's a lot of synergies for us, and we see the continuation of the two brands as being incredibly important. With the stimulus lift in housing starts over the next 6-12 months, we are certainly very confident that there's a very good pipeline of work, at least in the short term, for both businesses.

Midland Brick, along with its rivals, has suffered from a protracted downturn in WA's home construction market since the last mining boom. It was founded by Ric New shortly after World War II, and sold to Boral after his death in 1989 for $200 million. Ironically, Brikmakers was set up only 15 years ago to meet a shortfall in local supply.

BGC is considered among Australia's top 10 largest privately-owned companies, with 3500 employees, an annual turnover of up to $3 billion and is one of WA's largest home builders.

It was put on the market more than two years ago by the heirs of founder Len Buckeridge, who died in 2014. Since the sell-off decision, BGC has offloaded more than $400m of property, including the Westin Perth and Aloft hotels.

However, the sale of its building products and home and commercial construction businesses was deferred last year to await better market conditions.

BGC purchased Midland Brick from WA property consortium that includes Hesperia - which was formed when Linc Property and Fini Group merged - and CFC group. Midland's manufacturing operations that were sold off include the northern section of the 800ha site at the Perth suburb of Middle Swan where the business has been located for many years.

However, the southern part of the landholding will be retained by the property consortium and redeveloped into a residential subdivision.

The consortium paid Boral $86 million for Midland Brick in August last year, saying at the time that while it was focused on a redevelopment of the Middle Swan site, it was interested in running the brick business for the long term. However it said "substantial changes in future economic conditions" had made it "too commercially difficult to operate a brick and masonry business over the longer term".

It hopes to gain Australian Competition & Consumer Commission approval to sell the operating business to BGC by the end of the year.

The Hesperia-CFC subdivision proposal area of the site was recently approved by the WA Planning Commission.