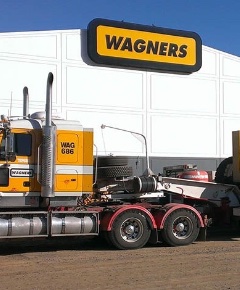 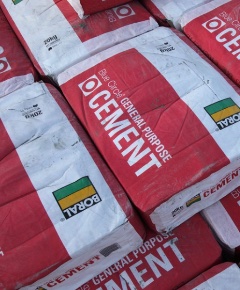 Wagners will make less money from selling cement to Boral

The Queensland Supreme Court has ruled that building materials and services supplier, Wagners must meet lower prices offered by a competitor in the market when selling cement to Boral.

Justice John Bond found that a notice sent by Boral to Wagners in October 2019, showing that the company had been able to buy cement from a rival supplier, Cement Australia, at a lower price per tonne than what it was being charged by Wagners, was "a valid and effective notice".

While Justice Bond found that the prices quoted by Boral in October 2019 to buy cement were valid, he found the earlier March quote was not valid. The March quote was deemed not to be a "current" market price because it did not start until May when market conditions could be different.

Under the terms of its take or pay agreement, Boral was allowed to stop buying cement from Wagners for six months if it found cement at a cheaper "market price" elsewhere. It could also ask Wagners to match the lower price.

Boral resumed buying cement from Wagners on October 22, 2019, but at lower prices than previously, which will hurt Wagners' future earnings.

Wagners chairman Denis Wagner said the company would continue to hold Boral to the terms of its supply agreement until its end date in 2031, reflecting lower rates from competition in the market. He told The Australian Financial Review (AFR):

Whilst the outcome is not totally in our favour, there were a number of points determined that support our position and therefore provide clarity on the strength of the supply contract.

In a statement, Wagners also said:

The court's findings provide some certainty for the parties moving forward around Boral's ability to issue and rely on a pricing notice. This is important given the long-term nature of the cement supply agreement which remains binding on the parties until December 2031 and requires Boral to purchase a predetermined volume of cement from Wagners on an annual basis.

Boral welcomes the judgment by the Queensland Supreme Court and we are pleased with the long-term impacts of this result under our cement supply agreement with Wagners.

The result fulfils our objective to exercise our contractual rights to ensure that we can source cement at competitive rates. Boral has pursued this objective in the best commercial interests of our business and our shareholders.

Boral extended a separate contract with Cement Australia in October 2019, reducing the amount of cement it needs to buy from its own cement joint venture with Adelaide Brighton, Sunstate Cement.

Boral competes with Wagners in making cement. But after Boral bought the Queensland group's construction materials business in 2011, it signed a "take or pay" requiring it to keep buying minimum amounts of cement from Wagners' Pinkenba plant in Brisbane.

The prices paid by Boral for the cement (which were redacted from the court judgment) are adjusted in line with inflation, with a review by an independent expert every three years. In March 2019, Boral sent Wagners a quote showing it could buy cement at lower prices from Cement Australia.

After Boral issued a pricing notice, Wagners accused the company of trying to force down contract prices and disputed whether the lower price was "bona fide", arguing it was for a future period between May and December 2019 and not a current quote.

Wagners, which previously supplied 26 truckloads of cement daily to Boral, suspended its cement supplies to the company for six months at a cost of $20 million while the matter was before the courts.

Boral is Wagners' biggest cement customer and takes about 40% of its cement.

Related: In 2019, Wagners filed a statement of claim in the Supreme Court of Queensland against Boral after the two parties failed to settle their cement supply pricing dispute. HNN featured the story in a previous edition here: