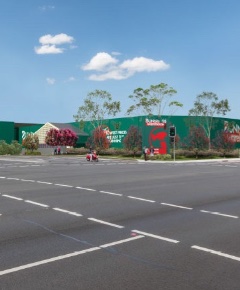 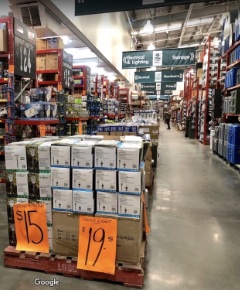 The $9 million Bunnings store in Young (NSW) is progressing as planned; proposed development next to new Palmerston store in the Northern Territory; the opening date for the Bunnings Gladesville store has been set for September; a development application has been lodged for a $30 million store at Caboolture (QLD); work has been continuing on the Albany warehouse in Western Australia and is on track to open by the end of the year; the Whitfords (WA) store will close its doors after more than 20 years; and two new stores in New Zealand will open with another one planned despite recent closures.

The new Bunnings store located at 288 Boorowa Street, Young in NSW is expected to open by the end of 2020. This smaller format store will span over 5000sqm and have car parking for over 85 cars.

Bunnings area manager James Burke said the new development represents a significant direct investment in the local community and will create a number of new team member positions. He told The Young Witness:

The new Bunnings Young will create up to 45 jobs for local residents and we're excited to bring a wide range of outdoor living and home improvement products to the Young community.

Recently lodged planning documents show the plot of land next to the new Bunnings store in Palmerston (NT) will be turned into a mixed use development with two single-storey buildings and 59 carparking spaces. It is currently being used as a pad site for the Bunnings store that is being constructed.

The triangular lot is part of a larger 40,000sqm parcel at Pierssene Road, Yarrawonga, purchased by Wesfarmers three years ago, according to The Northern Territory News,

The $58 million Bunnings Warehouse Palmerston will span over 17,000sqm and is more than twice the size of the current store, and will be the home of Big Kev, the giant fibreglass dinosaur.

The $115 million Bunnings store located on 461 Victoria Road, Gladesville (NSW) will be a "direct investment" in the local community with the creation of 140 new jobs.

On the way to the store being built, Bunnings changed the design to reduce the risk that excavating may have on Victoria Road.

These changes included greater setbacks to surrounding streets, reducing the size of the store, and vehicle access. Bunnings said one of the main reasons for the changes was to sit the store away from the retaining walls and batters to Victoria Road.

The previous design required excavating the retaining walls, which could affect their stability and pose risks to public roads, according to Bunnings.

The proposed Bunnings store would be situated on the corner of the Bruce Highway and Pumicestone Road, next to local landmark, the Big Fish Tavern. The plans were submitted to Moreton Bay Regional Council after Bunnings signed a lease for the site, according to the Sunshine Coast Daily.

The store will span more than 13000sqm and have parking space for more than 400 cars.

Moreton Bay councillor Adam Hain said there was strong demand for another Bunnings in the region. He told the Sunshine Coast Daily:

All the locals around here have been waiting on bated breath for many years for that site to develop. To hear that Bunnings have announced they're going to move in is just the icing on the cake.

Cr Hain said the next closest Bunnings in Morayfield was "bursting at the seams".

The Morayfield warehouse is one of the busiest in Australia. We have people from Bribie Island, from far and wide ... that visit the Morayfield shop. Another one is definitely good.

Being on the highway, [the proposed warehouse] will also service those in Caloundra South heading home.

The 14,500sqm Bunnings store being built at Chester Pass Mall will feature a carpark with 290 bays. Bunnings area manager Peter Kingwell said the new store represented an investment of $29 million. He told the Albany Extra:

Bunnings' further investment in the Albany area will provide additional job opportunities for local residents and school leavers. All our team members from the existing Albany store will transfer to the new store once complete...

The news of the closure of the Whitfords store comes ahead of the lease expiring in October 2020, Bunnings said in a statement. Bunnings regional operations manager, Hayley Coulson, added:

The Whitfords Warehouse is one of our older stores and we've made the decision to service customers from our surrounding stores, rather than commit to a further lease term.

All of the current Whitfords team members will transfer to alternative stores and our focus is on working with them and supporting them throughout this transition...

The Whitfords store will close its doors on August 30 which will give time to prepare to exit prior to the lease ending.

Joondalup, which is 6km away, is the next closest Bunnings location to Whitfords.

New and improved replacement stores are planned for Albany, Midland and Maddington, as well as a new smaller format store in Northam, said Bunnings.

Last week in July for Westgate and Queenstown in April 2021.

At 15,544sqm, the Westgate store will be NZ's biggest Bunnings, with an estimated completion value between NZD65 million to NZD67 million. There are also 745sqm of retail tenancies being built, making this complex 16,290sqm on completion, with 318 car parks.

Bunnings first announced Westgate plans in early 2016. The area already has a Pak'nSave, Mitre 10, Harvey Norman, NorthWest shopping centre and is due to get the first Costco in New Zealand by 2021.

The new stores in Westgate and Queenstown follows the big box retailer's to close stores in Cambridge, Te Awamutu, Putaruru, Hastings, Rangiora, Christchurch's Hornby and Ashburton, which was recently confirmed.

Bunnings has been given the green light to build a large-format store in Whanganui.

In January 2019, the big box retailer said if its plans were approved the new warehouse would cost more than NZD19 million and span over 8400sqm, making it well over double the size of the current "smaller format" store. All team members at the current Whanganui store would transfer to the new warehouse and be joined by more than 50 new team members.