Bunnings reaches out to Gen M with "Make It Yours"

Hardware and DIY are not top of the shopping list for most Millennials, but Bunnings is working hard to turn that around. 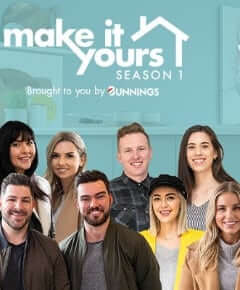 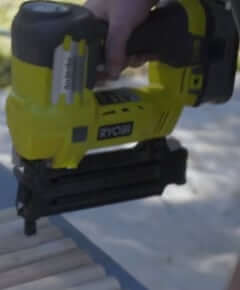 Bunnings reaches out to Gen M with "Make It Yours"

Can Bunnings get popular with Millennials?

Hardware and DIY are not top of the shopping list for most Millennials, but Bunnings is working hard to turn that around.

Bunnings, as HNN has suggested in the past, traffics in part, in surprise. It's the surprising low price that encourages consumers to buy, or a surprise in the width of range. Increasingly, they are surprising the hardware retail industry itself, with the launch of online marketplaces such as MarketLink. Most recently they've also surprised with the launch of a new video series aimed directly at the Millennial market, titled "Make It Yours".

Hardware retailers face a difficult market situation in the DIY/consumer part of their businesses. Increasingly this is a market that is dividing sharply between the "boomer" generation, and the "Millennial" generation, with "Generation X" somewhere in-between. The Millennials represent the future of hardware, but the boomers are currently - for most retailers - the largest market segment.

What makes this split difficult, is that it is hard to imagine two more different groups of consumers. Boomers are spending big on home renovations, either upgrading or downsizing their current homes. Millennials are mostly buying a first home or first investment property, or - more likely - renting to save for a future home.

In the DIY realm Millennials often get somewhat unfairly "dinged" for lacking basic skills. Where boomers were subject in their youth to helping Dad and Mum paint the nursery or the kitchen walls, Millennials were more likely to be holed-up in their rooms learning conic sections and the fun bits of integral calculus.

There may be some truth to this stereotype of a lack of basic skills, but it is also true that Millennials have other, different skills, ones that boomers don't always adequately value. Their sense of style is more advanced. They tend to be more consultative in their approach to tasks. They are, a little surprisingly, less influenced by advertising directly, but more influenced by peer opinion, especially peer opinion that is transmitted via social media.

The part of Millennial culture that hardware retailers continue to struggle with today, is their ardent desire to not own anything that resembles a tool, unless they really, really have to. After decades of selling more and more to boomers, who were eager to expand their DIY universe with quality power tools once well beyond their price range, this new attitude is a hard one to cope with.

There is a solution, of course, which seems just slightly counter-intuitive: sell versatile, multi-use tools that provide great functionality, even if they cost more than standard tools. So far, the only power tool company to really catch on to this market is Bosch, with its EasyCut line of saws, the EasyImpact 12 drill/driver, and, most recently, the EasyCurvSander 12.

Beyond that, though, the secret of Millennials is that they are very focused on the results of DIY work. DIY is less a joy and a pleasure to them, and more a necessity. They want results, and they want those results with the smallest possible risk of failure, the lowest expense, the fewest purchases, and the biggest possible effect.

That last sentence could well have been a part of the inspiration for the "Make It Yours" video series.

The premise of the series appears at first to be nothing all that new. Bunnings has bought a house in an unidentified suburb of Melbourne, and has assigned a number of teams to lightly renovate different areas, such as the kitchen, bedroom, livingroom, and bathroom, as well as the front and back yards.

This doesn't seem all that different to other efforts by Bunnings in the past. Bunnings has already purchased a house and renovated it, making videos of the renovations as part of their online information base.

That said, the older series was a bit advanced at times in the renovations it demonstrated. HNN's favourite episode is one where one of the Bunnings staff whips out an arc welder and does a casual bit of welding (and a very good job, too) on a gate. Ten points for going all-out on the job, but maybe only two or three points for really knowing what the market for the video is.

"Make It Yours" is pretty much the exact reverse of that approach - ten points for knowing the audience and six points for demonstrating DIY know-how. That is not to pan the series at all - sneaking in six points worth of DIY is actually quite an achievement.

This is achieved by employing a familiar modern marketing tactic, but one done at Bunnings scale. All of the renovation work is done by Millennial "influencers", who have already gained an audience via social media, and often are on their way to developing their own personal "brand".

That could, of course, not have worked out all that well, but Bunnings has succeeded in selecting influencers who are down-to-earth and pleasant, then combining them with a good camera and directorial team - and some really first-rate post-production editing. As a result, the show is clean, crisp, attention grabbing, and very watchable not only by Millennials, but other generations as well.

With hundreds of viewing experiences just one mouse click or finger-tap away from any video content presented online, it's evident producers need to keep the interest level high. Unfortunately, that means this new form of DIY video tends to lurch into the "here's one I prepared earlier" school of presentation.

For example, on many of the episodes, the DIYers rely on that incredibly photogenic and helpful tool, the nailgun. With the least expensive nailgun at Bunnings running to $290 (the Ryobi Airstrike), plus another $80 for a battery and charger, it's an unlikely tool to find in the toolbox of any young and "financially-challenged" DIYer. Especially because, let's face it, the nailgun would only get used a couple of hours a year, at most.

It's also remarkable, as is stated in the first episode of the series, just how quickly the flooring they use gets put down. That might be in part because there are bits that never get discussed, such as having to horizontally rip the first row that goes down to make sure the end finishes correctly, and adding mouldings along the edges to cover the expansion gap. And, while it's understandable they use vinyl flooring, as it is simpler to cut and lay, let's face it, it still looks like vinyl, while laminates continue to improve at a rapid rate.

There are other omissions as well, of course. It's a series that, in the balance between inspiration, and practical know-how, leans more towards the former.

However, all of that is forgiven, because Make It Yours does one outstanding thing that has long been missing from DIY videos: the episodes show mistakes. In the episode on the lounge design, the two presenters disagree slightly about the colour of paint to be used. The result is a room where blue and green walls meet up - almost never a good thing. They end up repainting one of the walls, in a really good-humoured and valuable way.

Similarly, in one of the slightly funnier episodes, the male part of a New Zealand design couple redoing the bathroom ends up getting stuck in the bathroom, because he mis-installed the door knob. The couple also scornfully discards the hinged "Australian" shower heads, replacing them with graceful "New Zealand" fixed heads - which turn out to be too low for practical use.

This is very good for a whole range of reasons. It breaks through that "everything is perfect" feel that so many DIY videos provide, it adds real entertainment value, and it makes the influencers who present more approachable and more "real".

While this is a great step by Bunnings, it should be only be the start to the retailer's efforts to better connect with the Millennial generation. Marketing is great, but there are some really low-level moves that need to be made as well.

For example, if you look at the kind of brands - both external and its captive brands such as Tactix and Ozito - the company stocks, these are overwhelmingly designed to suit the needs of the boomer generation. For Millennials, trying to shop at Bunnings can feel like rummaging through the stuff their parents buy, rather than finding something they themselves can connect to.

One way out of that is for Bunnings to ask itself what the pathway would be for Bunnings itself to become an influencer. The lesson of the Millennials isn't just that it is possible to build a personal brand, one that acts as a kind of passkey in the world of social media. The real lesson is that, for the Millennials, all brands are ultimately personal.

Boomers grew up with brands that were built through manufacturing and hence design processes. Car brands, for example, were important because they indicated durability and reliability - something we almost don't think about anymore, as the general quality of cars has vastly improved.

Brands today instead relate to the notion of personal curation. They are driven by the desire to connect with others, and to have others connect with the consumer as well. As such, they no longer signal social status as much as they once did. Instead they indicate a cultural set, the influences to which a consumer chooses to subscribe.

So the question is, who is Bunnings as a brand? That is the identity, the personal one, that will be important in the future, not corporate messaging, or assurances of community involvement - both of which are, ultimately, "lazy" half-solutions.

The role of all good marketing is to, of course, raise better questions. That is certainly one thing that Make It Yours has done well. It has almost turned it up to eleven.