Surveys indicate that Smarthome in Australia grew strongly during 2018, and forecasts expect strong growth through to 2023. While Bunnings has attempted to enter the market, its overall business model may not be as well suited to it as that of competitors such as IKEA. 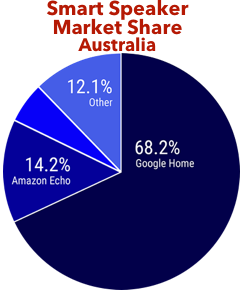 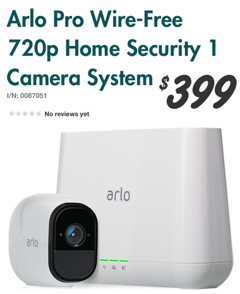 Surveys indicate that Smarthome in Australia grew strongly during 2018, and forecasts expect strong growth through to 2023. While Bunnings has attempted to enter the market, its overall business model may not be as well suited to it as that of competitors such as IKEA.

After years of hopeful forecasts, it seems that the Smarthome market sector is now truly poised to take off over the next three years. Australian emerging technology consultancy Telsyte runs an annual survey, the Telsyte Australian IoT@Home Market Study. The results for its 2019 survey indicate that in the the Internet of Things (IoT) market in Australian homes grew by 57% during 2018, and is now a $1.1 billion market.

The Telsyte IoT survey is based on a sample of 1025 respondents over the age of 16 years, who were surveyed in November and December 2018. Analysis included industry interviews, financial reports of industry companies, and product reviews.

The $1.1 billion figure represents a sharp increase of over 30% on 2017 results. According to Telsyte, much of that growth has been driven by the widespread adoption of "smart speakers", such as the Amazon Echo and Google Home series. The survey results shows that Google Home has a large market share of 72%, followed by Amazon at 15% and the Apple HomePod at 5%. Telsyte sees that growth continuing, with five million Australian homes using smart speakers by the end of 2019.

A survey conducted by Voicebot.ai, reported similar results, with Google Home representing 68.2% of the market, Amazon's Echo 14.2%, and the Apple Homepod 5.5%. Voicebot suggests that Google's entry into the market six months prior to Amazon accounts for much of its market dominance.

The Telsyte survey showed a broadening spectrum of use of smart speakers. Where in previous years the main use was for playing music, the main use in 2018 was said to be "getting everyday info".

Beyond simple adoption, the Telsyte survey indicates that over 1.2 million are regarded by the company as being "invested" Smarthome users, with five or more IoT devices in the home. The company forecasts this will increase sharply by 2023, with most households owning more than 15 connected IoT home devices. That growth should result in a Smarthome market worth around $3.9 billion by 2023.

An important growth driver up to the present has been increasing energy costs, which has driven homes to adopt "smart battery" technology in the home, complemented by solar panels. Those products represent around one-third of the current Smarthome market, the company says.

The other key driver for the Smarthome is a desire to make homes safer, which often leads to the installation of an integrated network of video monitors and alarms. In the medium term, Telsyte sees security and energy savings as driving around 40% of all Smarthome purchases.

The company also sees opportunities for installers as increasing. Currently, much of the growth is in simple DIY applications, but as systems become more complex and more integrated, homeowners will increasingly rely on professionals.

Another growing area will be subscription services, with homeowners willing to pay for security and energy use monitoring. Telsyte also sees the development of "smart shopping", using voice-actuated devices, creating a more convenient interface than mobile phone based shopping.

Smarthome concerns are already influencing the home buying and renting decisions of Australians as well. The survey indicates that the major concern, for 58%, is that homes will have an adequate National Broadband Network (NBN) connection. That is closely followed by concerns over the number of powerpoints in each room. Interestingly, around 30% also see "hard wired" network connections (CAT 5e/6 cabling) in homes as being an important factor in choice.

Outside of the Telsyte survey, there are clear signs that some hardware retailers are gearing up to take advantage of a surge in the Smarthome market. For example, we've seen Bunnings launch its Smarthome shopping "pod" - though this is currently active at only one store in the northern outer suburbs of Melbourne.

Yet Bunnings - and potentially many other home improvement stores as well - are likely to encounter some difficulties in this category. One major reason for this is that Smarthome at the moment is very much about consumer electronics, which is one of the fastest moving, most price-aggressive categories in retail.

With its "10%" price guarantee, Bunnings would appear to have played it cautiously in Smarthome. For example, when it comes to security cameras - a popular category - it has stayed away from the more marginal brands, choosing instead the familiar Swann systems, Amazon's Ring, and Arlo. This means the retailer has avoided the low-end layer of security cameras, offered by online suppliers such as Kogan, which provide wireless, cordless cameras for under $100.

Even with all this caution, Bunnings has not been able to keep up. As the illustration shows, on 13 October 2019 Bunnings was selling the single-unit first generation Arlo with its hub for $399. Amazon Australia was selling the identical unit for $395.31, delivered. (In either case, it's not that great a deal. The unit being sold is the Arlo Pro 1. The other units on sale are the Arlo Pro 2, and Arlo announced the release of its Pro 3 system in August 2019.)

There are two other aspects that emerge from this comparison. The first is that one reason why the cost is so low for the delivered Amazon product, versus the in-store Bunnings product, is that this is the sale price based on a Prime membership - which provides free delivery.

Secondly it is notable that Amazon, of course, knows that the purchaser owns three different smarthome devices, with which this product interacts. Furthermore, Amazon would always know if this customer has an Arlo product connected, even if that product had been purchased from Bunnings - while the reverse is certainly not true. It is a case of a superior access to network effects, and outlines an area Bunnings is only beginning to understand.

The move by Bunnings into lighting fixtures was one of the successful inspirations that came out of competing with Masters Home Improvement. Masters was the pioneer of comprehensive lighting displays in home improvement stores. Bunnings has done well in this category, taking marketshare from pure category players such as Beacon Lighting. But how will it compete in Smarthome lighting?

As with security cameras, Bunnings has chosen to focus on established brands, mainly the Philips Hue system, with some additional accessories from Arlec. This is a very limited approach, and it seems unlikely it will enjoy long-term success.

To see why, we need only look at the Smarthome lighting systems offered by IKEA, under the Tradfri internal branding. These were released in the UK marketplace (also 240V) in 2017, and have only been released in Australia during 2019, and not all devices are available.

To begin with, the smart lightbulbs in the Tradfri range are less capable than some of the Philips Hue range, but they are also significantly less expensive. The least expensive Philips Hue bulb at Bunnings is the White Smart LED Dimmable Bulb with the B22 bayonet fitting at $22.00 (same price, but delivered, from Amazon). The least expensive bulb for IKEA Family members in October 2019 is $11.99 (non-Family: $14.99). The bulbs are nearly identical, except that the IKEA bulb has an output of 1000 lumens (72W), and the Philips output is 880 lumens (60W).

That price difference continues on through most of the range. For example, a Philips Hue motion detector costs $45 at Bunnings, while the IKEA Tradfri alternative is $20.99 for IKEA Family members. A Tradfri wireless dimmer is $16.99 for Family members, and the Hue equivalent costs $35 - though the Hue device is more capable.

For automation, bulbs in both the IKEA and the Philips ranges operate on the Zigbee low-power wireless protocol. This means that they require a bridge to interact with wireless networks, so as to indirectly access the internet. The gateway for Tradfre costs $39.99 for Family members, and the Hue gateway costs $69.00.

The price difference goes deeper than this, however. Philips does not make light fittings, while IKEA does. It's pretty obvious for anyone setting up a smart lighting system that having to buy smart bulbs - even with LEDs, which have a life span of over 10 years - is not as cost effective as buying smart light fittings. IKEA has taken advantage of this by offering a set of light controllers that integrate with special light fittings, which use standard lightbulbs. Those fittings include LED lightbars and shelf lighting.

Beyond that, IKEA is currently selling in the UK and North American markets smart blinds, which are both cordlessly powered and controllable through the Tradfri system. These start at just USD129 ($190), and are DIY installable. That contrasts with an average price of well over $400 for most other remote systems - which often don't include the blinds themselves.

In short, the IKEA model of own brand and self-supply is well suited to the Smarthome market in its current stages. The Bunnings approach of, at best, captive brands such as Ozito, Matador and Tactix, is less suited to it.

Exactly how the Smarthome market is going to play out over the next three years is difficult to predict. We could say that both FY2017/18 and FY2018/19 were a time of early adopters. What we've started to see in FY2019/20 is the beginning of the early mainstream adopters.

Generally speaking, where Bunnings has done best in developing, innovative markets, is by entering about a year after the market reaches the early mainstream phase. The company comes in at that time with strong disaggregation resulting in lower production costs, tied to strong logistics.

The problem for Bunnings with the Smarthome market is that it will continue to undergo rapid development. By 2023, it is possible the Smarthome as such will disappear, and we will just be talking about "homes" - Smarthome features will simply be expected, and installing them on older homes will become a focus for renovators. In home improvement terms, it will move from being a consumer/DIY focus, to a consumer-driven trade focus.

One choice Bunnings could make over the next three to four years, is to forego much of the revenue and profits it could make from the Smarthome category, and move its focus to more familiar and reliably profitable areas elsewhere. The other main choice would be to develop and extend its current capabilities into a kind of "burst marketing", where it could take on new product lines, develop and bring them to market over 12 to 18 months, then move rapidly on to the next thing.

For the rest of the home improvement retailer market, one approach would be to start working out how to capture more of the trade-based Smarthome market in 2021. That would mean developing supplier relations with companies offering Zigbee switches that integrate with standards such as the Amazon Echo and Apple's HomeKit. There is going to be a high demand for information about Smarthome by 2021, and retailers that can offer renovators and new home builders some guidance would likely find this to be a profitable market.